MICHIGAN - New research from the Center for Behavioral Health and Justice at Wayne State University’s School of Social Work has found that at least fourteen percent of people in Michigan’s jails likely have opioid use disorder. However, less than half (48%) of individuals booked into jail were screened for opioid use disorder. 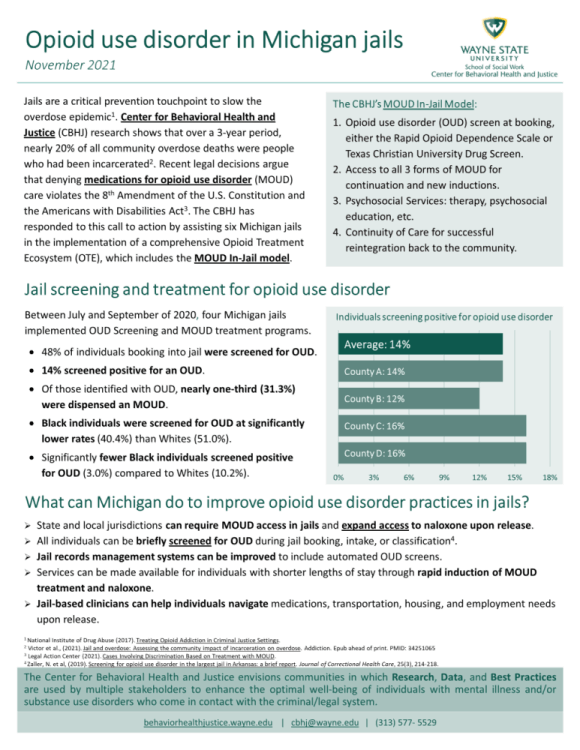 Jails are a critical prevention touchpoint to slow the overdose epidemic, as people with OUD are up to 120 times more likely to die of an overdose following release from incarceration, and engaging people in treatment before release has been shown to reduce their risk for fatal overdose. Treatment plans for individuals with opioid use disorder that include medications for opioid use disorder have been identified as the gold standard of care for the medical condition.

Learn more about the CBHJ’s findings about opioid use disorder in Michigan’s jails and the recommendations for improving practices by reading the policy brief here.

About the Center for Behavioral Health and Justice: The Wayne State University School of Social Work Center for Behavioral Health and envisions communities in which research, data, and best practices are used by multiple stakeholders to enhance the optimal well-being of individuals with mental illness and/or substance use disorders who encounter the criminal/legal system. Learn more