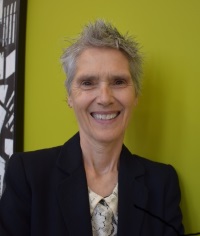 Celeste Rabaut, MSW has been providing consulting services of strategic planning, program development, grant writing, qualitative evaluation and project management to non-profit organizations in Detroit and Southeast Michigan for the past 26 years.  She has worked with a variety of groups and organizations ranging from universities, major public health departments and regional planning entities to direct service agencies, faith-based groups and neighborhood organizations. She has facilitated written grants to federal, state, and local agencies and foundations, ranging from $500 to $10 million. Her strategic planning work has ranged from short, one-day goal-oriented sessions to longer, multi-month processes. Prior to forming her consulting business, Celeste worked for several organizations including New Detroit, Inc., the Michigan League for Human Services and the Detroit City Council. 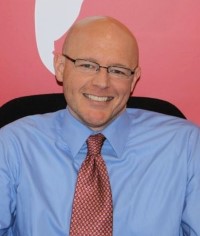 Scott James Smith is Associate Professor of Social Work at Oakland University. Additionally, he is a lecturer at the Oakland University/William Beaumont School of Medicine and is on staff at William Beaumont Hospital - Royal Oak's Emergency Center where he provides psychiatric assessments and support. During his career as a social worker he has worked in a variety of crisis mental health roles and worked closely with law enforcement. Seeing the importance of his mental health experience in the law enforcement community, Scott became a reserve police officer with the city of Ferndale.  He provides a wide range of trainings and psychological services to police agencies, fire departments, and EMS companies to both prepare them to interact with individuals experiencing mental health and substance abuse challenges as well as to address their own mental health needs. 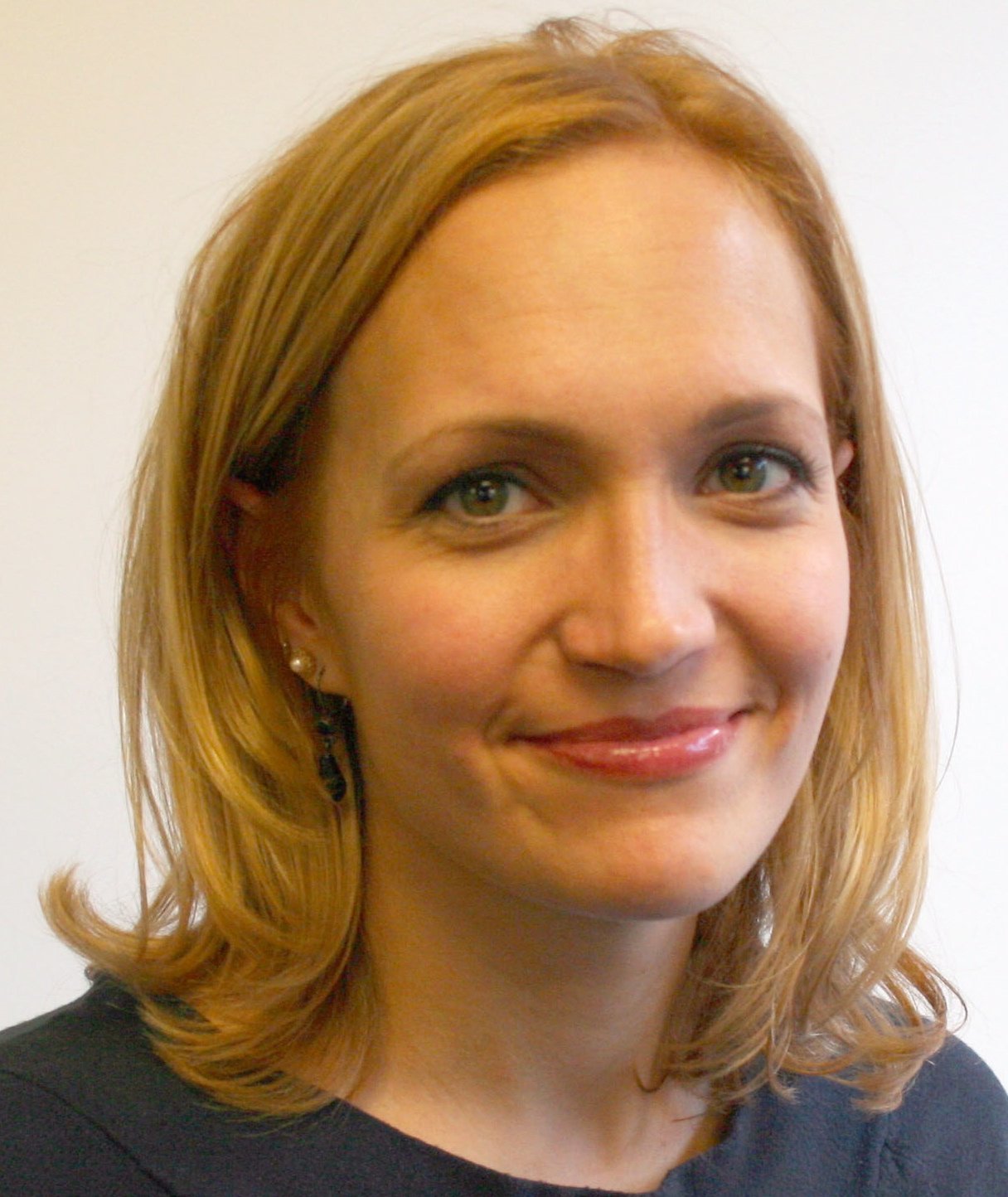 Amanda Burgess-Proctor is Associate Professor of Criminal Justice at Oakland University. After having worked as a Personal Protection Order Coordinator in Ingham County, she earned her Ph.D. in Criminal Justice from Michigan State University. Her primary research interests include intimate partner abuse, sexual victimization, and crime and drug policy. Her research has appeared in Criminal Justice & Behavior, Feminist Criminology, Journal of Interpersonal Violence, Justice Quarterly, Translational Criminology, and Violence Against Women. She is past chair of the American Society of Criminology Division on Women & Crime, and in 2018 helped create the DWC's first Congressional Briefing on Capitol Hill. In April 2019, Governor Gretchen Whitmer appointed her to chair the Michigan Criminal Justice Policy Commission. 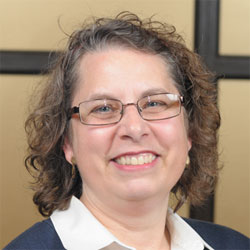 Susan Lebold's professional career took a number of twists and turns before she joined the faculty at Wayne State in 2014 and held the role of B.S.W. Coordinator from 2016 - 2017. After receiving her law degree at The Ohio State University in 1983, Susan worked in West Germany defending U.S. soldiers facing criminal charges in the United States military courts. As a lawyer in Charlotte, N.C., she represented troubled children and youth who were court-involved in the child welfare, juvenile justice, education and mental health systems. In West Chester, Penn., she had a family law practice and advocated for birth parents involved in the foster care system, protecting their parental rights and helping them access services so they could be reunited with their children.

After moving to Massachusetts, Lebold expanded into the field of social work and in 2000 obtained her M.S.W. with a certificate in Human Service Management from Boston University. As the assistant executive director of Jewish Family Service of Metrowest in Framingham, Mass., she developed and oversaw programs to serve vulnerable elders, families and children, and developed numerous organizational systems and policies to enhance operational efficiency and service quality. She also led the organization through two accreditation cycles, built the agencies first fundraising infrastructure, and worked to build community partnerships focusing on reducing ethnic disparities in health care.

In 2008, Lebold relocated to Ann Arbor, where she studied mediation, dialogue and deliberation, and alternative dispute resolution, and became a founding member of BDL Mediation, LLC. As a consultant to the Child Welfare Resource Center at Michigan State University, she provided technical assistance and support to the Michigan Department of Human Services during a period of court-mandated child welfare reform in 2008-09. In that role, she researched the literature on best child welfare practices and evidence-based programs, conducted focus groups of public and private child welfare professionals, co-wrote the final statewide needs assessment report, and designed a mandatory 40-hour training curriculum for permanency planning caseworkers, supervisors and specialists.

In 2010, Lebold began teaching part-time at Eastern Michigan Universities School of Social Work, focusing on practice courses involving communities and organizations, social policy, and developing writing skills. In 2013, she joined the Michigan Race Equity Coalition, a collaboration of juvenile justice and child welfare system leaders and policymakers in Michigan charged with examining racial disproportionality in those systems. As a member of the planning, research and evaluation team, Lebold produced a toolkit of best practices, lessons learned, and process strategies to guide communities tackling racial disparities in their local child welfare and juvenile justice systems.

Lebold is always looking for interesting research and community-based projects that align with her goal of bringing diverse groups together to address thorny community problems.

Cynthia graduated in May of 2020 from Northern Michigan University with her bachelor's in criminal justice with a human behavior cluster minor. As an undergraduate, Cynthia conducted research with faculty in the Criminal Justice department as a McNair Scholar regarding sex offenders in youth serving organizations. She has presented her research at the Midwest Criminal Justice Association conference in Chicago (2019), the McNair Scholars Symposium (2019), and the NMU 2020 Three Minute Thesis competition, where she won 1st place and people's choice award. She was also recognized for her achievements at the Marquette Economic Club, as well as being selected as the Outstanding Graduating Senior for the 2020 academic year in criminal justice department at NMU. She is affiliated with the Academy of Criminal Justice Sciences and was also a member of the NMU criminal Justice Association. She has also volunteered as a girl scout leader and as a victim's advocate in Marquette county. Currently, Cynthia is beginning her master's in social work with an interest in macro practice/policy. Her current interests are research and working with the offending population with regards to reentry and diversion programming.

Devan will be working with the CBHJ for the 2020-2021 school year as an MSW intern. Prior to this, she received her bachelor's degree in psychology from Eastern Michigan University and then spent a few years in the mortgage industry. Devan's previous field placement internship was with Oakland Schools Technical Campus in Royal Oak where she provided supports for junior and senior high school students.

Her interest in criminal justice system reforms began during her undergraduate years, but she was unable to pinpoint exactly how she wanted to intervene. She was able to narrow it down after learning more about the system during volunteer work with the AFSC Michigan Criminal Justice Program in Ypsilanti and time spent so far in Wayne State's MSW program. Devan is interested in analyzing information and presenting it in various formats to necessary groups and individuals to influence policy and system reform.

Chenika Rogers is a native of Ypsilanti, Michigan and a graduate of Eastern Michigan University. Chenika received a Bachelor of Social Work from Eastern in 2016. Since receiving her degree, she has worked in foster care and residential treatment. Chenika is currently an MSW student at Wayne State University with a concentration in Innovation, Community, Policy and Leadership. Chenika will be an intern within the Opiod Treatment Ecosystem team.